The process of shedding light on the work of Africans in technology innovation, inside Africa, should never stop. It also should never be underestimated.

In modern history, no country has been able to achieve genuine economic and technological transformation without its own people taking the lead. African countries, such as Tanzania, are no exception. When we hear much talk about local capacity building, it should usually mean something like finding talented and skilled natives, like Bernard Kiwia, and assisting them with finding the channels and means to express their creativity; not in a paternalistic way, but in a way of collaboration and cooperation. Collaboration and cooperation mean identifying (together) where obstacles are, and contributing one’s part to removing or alleviating those obstacles. While many of those who are working in the field of international development would subscribe to this approach – of collaboration and cooperation – it is good to reiterate it from time to time, as a reminder, because much often gets forgotten during the process of translating words into action.

The first time I met Bernard in person was on March 2013, in Arusha. Before that I saw a small video on youtube that introduces him and some of the projects he’s been working on. That video made me quite eager to meet him. Bernard is an electrician by training, technical instructor and mechanic by experience, and an inventor by passion. As the stories of many inventors go, there were particular events and phases in Bernard’s life that provoked and inspired him towards illuminating that side of his personality and aptitude. Such events and phases stretch from early days of living with entrepreneurial and ‘handy’ parents, to later meeting people who facilitated for him means to take his interests more seriously. The net-result of those events and phases, ultimately, is Bernard discovering himself.

The projects that Bernard worked on, and is working on, include: 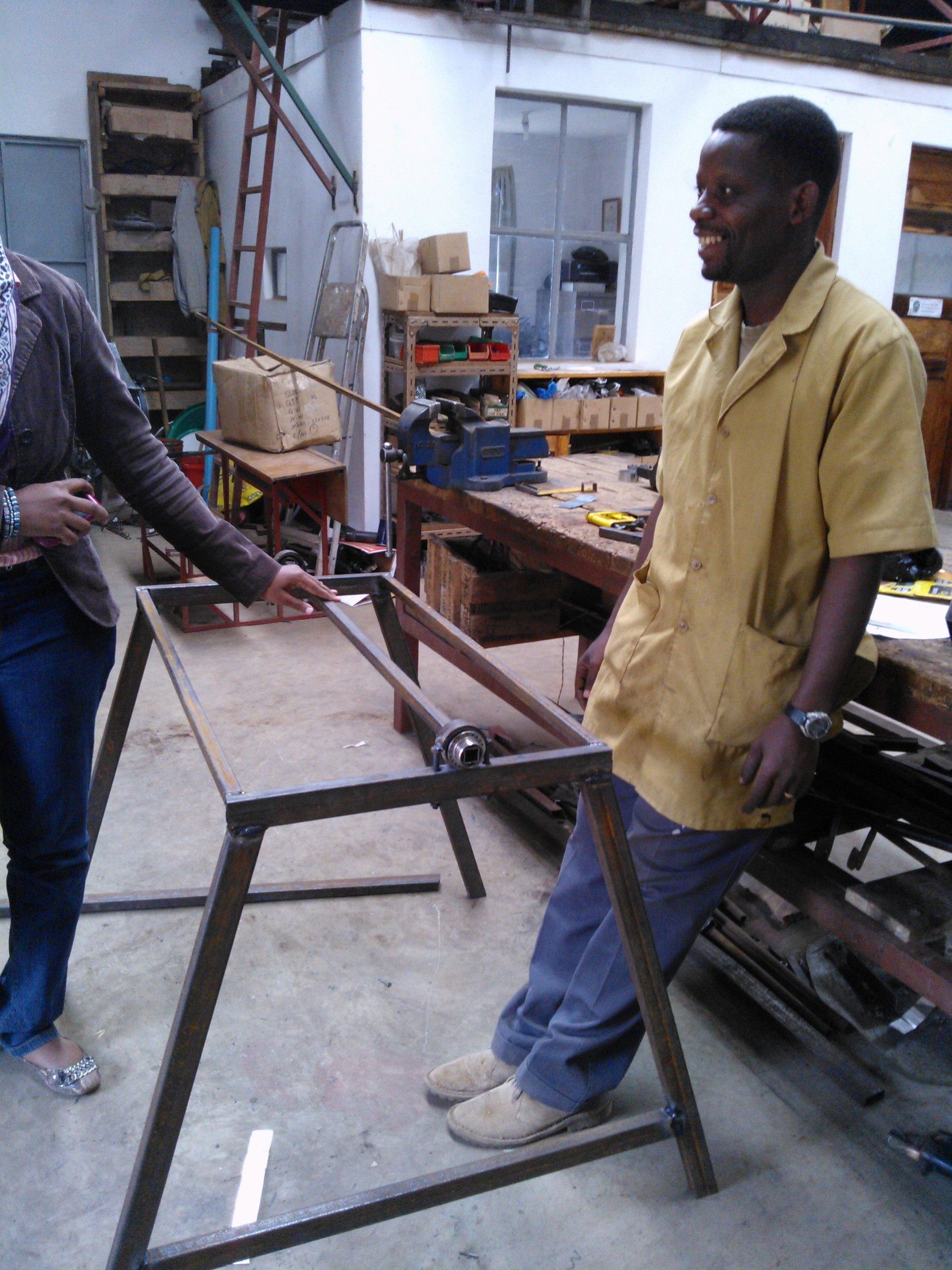 Additionally, and as an extension to what he has already been doing, Bernard co-founded AISE – acronym for ‘Accelerating Innovation and Social Entrepreneurship’ and also sounds like an expression of exciting wonder in Swahili – through which he organizes continuous programs of teaching school kids ways of igniting their creativity for technological innovation. For many times I saw groups of school kids come to Bernard’s lab, for days of instructions, demonstrations and hands-on encouragements to experiment and innovate. I noticed he is good with kids, able to keep them attentive to what he is saying and demonstrating, with a nice dose of humor. Bernard is also involved in training adults, including small farmers and youth of technical centers, in ways of innovating technology and using available tools and materials to come up with their own affordable solutions to technical problems they face in their livelihoods.

A Nucleus for an Innovation Hive

I like to see Bernard as a nucleus for a local innovation hive; something which he is progressively becoming. By that I mean that Bernard, as an innovator and inventor, needs to have around him the right team of people, who are as invested in the local community as he is and who have complementing skills to those he has. Those complementing skills include, for example, abilities to refine prototypes into ready-for-market products, abilities to communicate and diffuse new ideas and artefacts to the local market, and abilities to administer an organized structure that pumps innovations and takes them through the stages needed to become viable products in the market. Building such a team around people like Bernard would be a wise investment—an investment that both the public sector and private sector should notice.

For a number of reasons, and despite all the potential, Bernard has not yet set most of his innovations onto a path to the market as mature products. I am also quite sure that there are other ‘Bernards’ out there (and I have met some already, and read about others). That is how we know that the process from innovation to the diffusion is a team work. While the existence of innovators in communities is a precondition, innovations do not see the light of day, and demonstrate their impacts on the lives of people, without collective and synchronized efforts.

I consider myself fortunate to have met Bernard and befriended him (he’s a cool guy!). I learned a good deal from him about the mind of a technology innovator on the ground. At this phase of development typical of many African countries, people like Bernard should be considered important national resources.