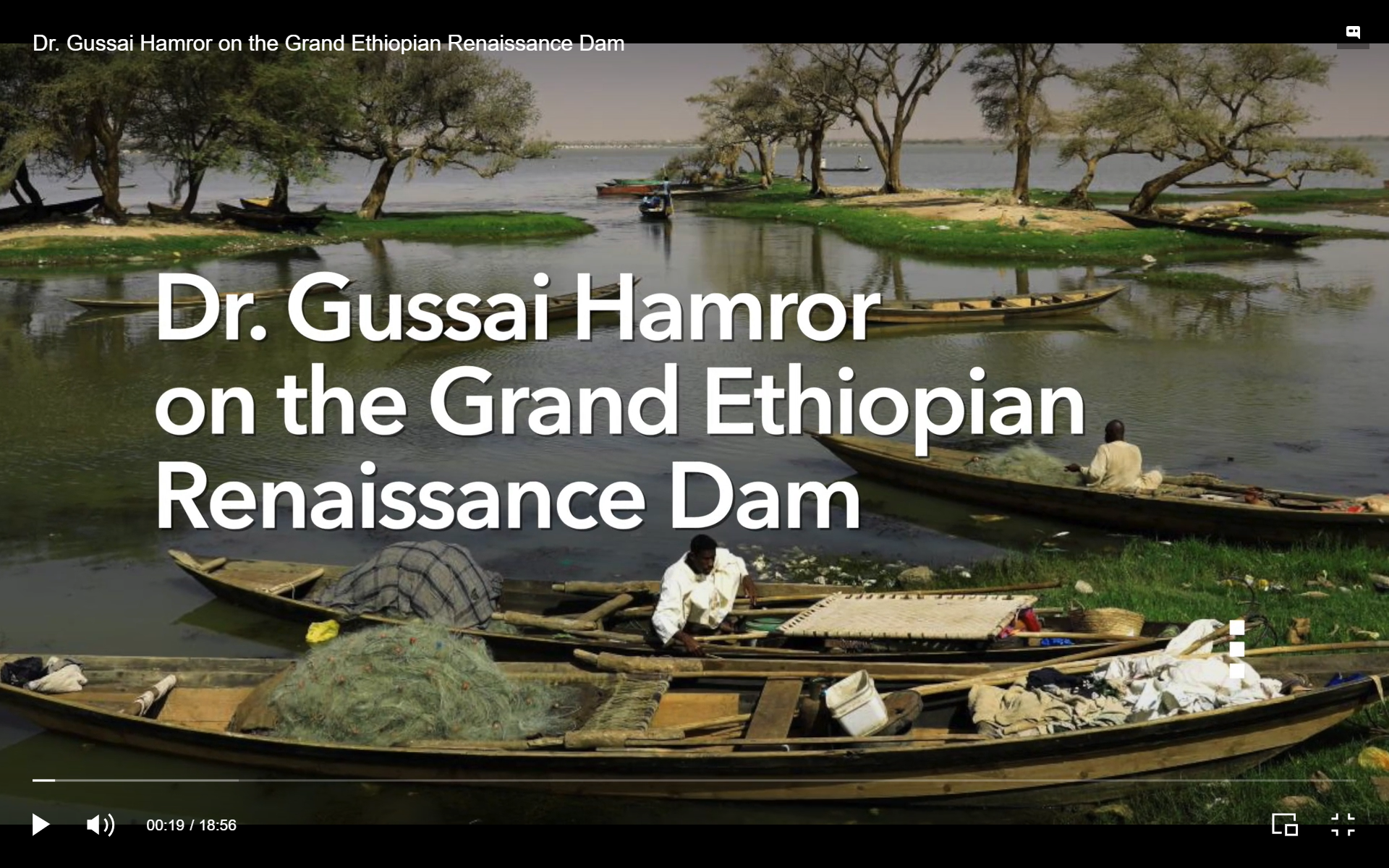 The Tahrir Institute for Middle East Policy (TIMEP) and Tree Media have teamed up to follow events in the Middle East (and North Africa) region as told by stakeholders and leaders from the region. Their first topic concerns water, access to water and the prevention of a potential water conflict over the construction of the Grand Ethiopian Renaissance Dam (GERD). A series of video interviews were conducted to explore the political and social background of the dam, expert opinions on what is at stake for each of the three countries involved (Egypt, Sudan, and Ethiopia), the current standing of the dam, and what should be done to alleviate tensions.
“Dr. Gussai Hamror offers expertise from Sudan on the Grand Ethiopian Renaissance Dam – its environmental effects, risks & benefits, and the bitter politics that have plagued it for nearly a decade – in the latest installment in TIMEP and N2K‘s documentary interview series, Crisis on the Nile: The Grand Ethiopian Renaissance Dam.”
Watch the full video here: https://www.n2k.world/gerd…
Find the full series of videos here: https://timep.org/crisis-on-the-nile/home/
Statement before the video:
“The following interview was recorded on Friday, October 15, 2021. Since then, on October 25, 20201, Sudan’s Military General Burhan deposed the consensual transitional government formed according to the interim constitutional charter. Since then Sudan has faced massive civil unrest, with popular opposition to the actions of Gen. Burhan against the transitional government. Sudan continues to face lightning speed domestic political changes as democratic forces continue their push against the ongoing coup.”–Gussai Hamror