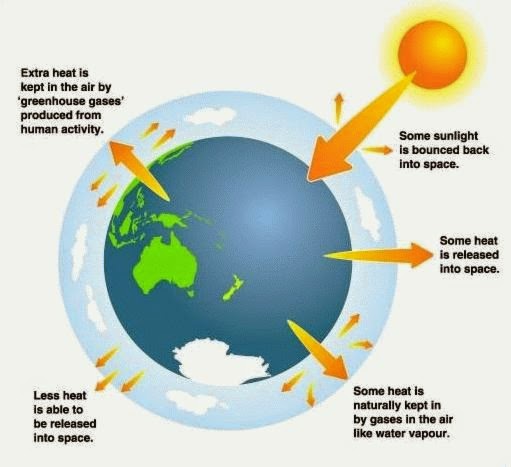 “In a few decades, the relationship between the environment, resources and conflict may seem almost as obvious as the connection we see today between human rights, democracy and peace.”
—Wangari Maathai, 1940-2011(the first Eastern African woman to receive a Ph.D, and the first African woman to receive the Nobel Peace Prize for “her contribution to sustainable development, democracy and peace.”)

“The human brain now holds the key to our future. We have to recall the image of the planet from outer space: a single entity in which air, water, and continents are interconnected. That is our home.”
—David Suzuki (Canadian academic, science broadcaster and environmental activist.)

Months ago, I had an email exchange with my younger brother about humanity and the environment—the natural environment. In that exchange we went through our perspectives on what the popular slogan ‘save the planet’ implies. Below are some of those reflections I wrote to my brother:

Usually, when human beings speak of ‘saving the planet’ they are really just talking about saving themselves.. They are talking about keeping the planet habitable for homo-sapiens.
Earth is much older than us humans, and it can get rid of us tomorrow, through a series of ‘natural disasters’ that revitalize the ecosystem in multiple ways, and in the process kill us all.. Earth, as a living existence, will continue, while we as humans can become extinct (or significantly reduced in number and latitude). (and by the way, what we call ‘natural disasters’ are only ‘disasters’ from our perspective. from the planet’s perspective – if I may speak for it – they are general cycles of self-revitalization.)

It is true, though, that the same elements that make this planet habitable to us are the ones that make it habitable to other Earthlings (take most mammals for instance). So there is a good chance they will go extinct like us or significantly reduced in number and latitude. Either way, those who are environmentally conscious are not “self-less” in the way that could be understood as ‘saving the planet’ [may imply].. Earth is not threatened with losing its orbit around the sun, or losing its net balance of natural elements that are part of its ecosystem.

That said, as human beings we are simply incapable of thinking from the perspective of the earth, or any other living entity that is not us for that matter. The world wouldn’t exist – as we know it and as far as we’re concerned – if we don’t.. In many ways, the talk about saving the planet from humanity is a waste of intelligence.

That, however, doesn’t mean that environmentalism is not important, or that it is a hypocrite field. It is necessary and genuine today because we have proven capable of making Earth unfit to our own kind in the name of advancing life for our own kind.. We are intelligent to the point of molding many forces of nature to our will, yet we are stupid to the point of not realizing that we need to keep a given balance of ecosystem for our own survival.

There is ample empirical evidence that the actions of humans – cumulated over the decades of the industrial age – are causing Earth to be less and less fit for our life in it.. and we obviously don’t have yet the option of another ‘fit’ planet to migrate to. What is left, then, is to respond seriously and responsibly to the warnings that have been issued by Earth to us.